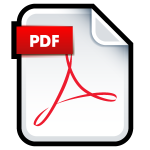 Programme for a horse trotting competition that took place in Croke Park on March 4, 1916. Events like this were common in Croke Park at the time, so-much-so, that later in the year a motion was passed that no trotting events be allowed in the stadium one week before matches, with no horses allowed on the playing pitch itself at any stage.